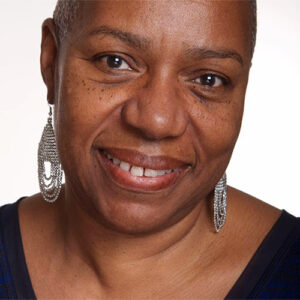 Gail Boyd is President of Gail W. Boyd, P.C., an entertainment law firm, and Gail Boyd Artist Management, a wholly owned company of the law firm. She is a graduate of De Paul University and De Paul University School of Law. She was a founding partner in Boyd, Staton and Cave, the first African American female law firm in New York. Gail has been involved in entertainment law since 1976. She has been involved specifically in music with a specialty in jazz since 1979.

Gail presently serves on the Boards of the Pan African Center for Empowerment, the Martin Luther King/Coretta Scott King Memorial, The International Society of Jazz Composers and Arrangers, The Cape May Jazz Festival Foundation and the North American Performing Arts Managers and Agents (NAPAMA). In October 2019, she was elected President of NAPAMA and is now serving her third term. She is the former Vice Chair of the Entertainment, Sports, and Art Law Committee of the National Bar Association. She also chaired the Entertainment, Sports, Art Law Committee of the Metropolitan Black Bar Association and served as a member of the New York State Bar Association’s Committee on Entertainment Law. She served on the Board of WBGO FM Radio in New York as well as the Noel Pointer Foundation. For nearly 20 years, she served as Chair of the Board of Brooklyn Legal Services.

In 2017, Gail formed a Facebook Group entitled “Alternative Venues for Jazz”. Her initial impetus was to provide a virtual space for musicians to share information about performance spaces, particularly outside of the known jazz clubs and festivals. When the pandemic of Covid-19 hit in 2020, Gail converted the page to a virtual meeting space, where musicians and industry professionals come on to the page to share their journey. The page now boasts nearly 10,000 members. As a result, Gail was named by the Jazz Journalists Association as a “Jazz Hero” and was nominated for the Sidney R. Yates Award for Outstanding Advocacy on behalf of the Performing Arts by the Association of Performing Arts Professionals (APAP).

In 2020, Gail joined promoters Danny Melnick and Brice Rosenbloom and created the Jazz Coalition which funded 104 commissions to jazz artists to compose music inspired by the pandemic and later social and racial justice. She also joined The Blacksmiths which created individual and organizational pledges and resources for artists and arts organizations on topics of racial justice. Gail also co-founded, along with her long-time friend Karen Kennedy, a consulting company entitled Vanguard Arts which serves arts organizations and artists.

Gail has served as production coordinator for more than twenty CDs of various jazz artists. Other highlights include serving as production coordinator for Quincy Jones producing a concert which took place in Central Park and co-producing a gospel album with Brian Bacchus for the choir of Emmanuel Baptist Church in Brooklyn, NY. In 2010, Danilo and Patricia Perez named Gail the “International Coordinator of the Panama Jazz Festival” where she served for 4 years.